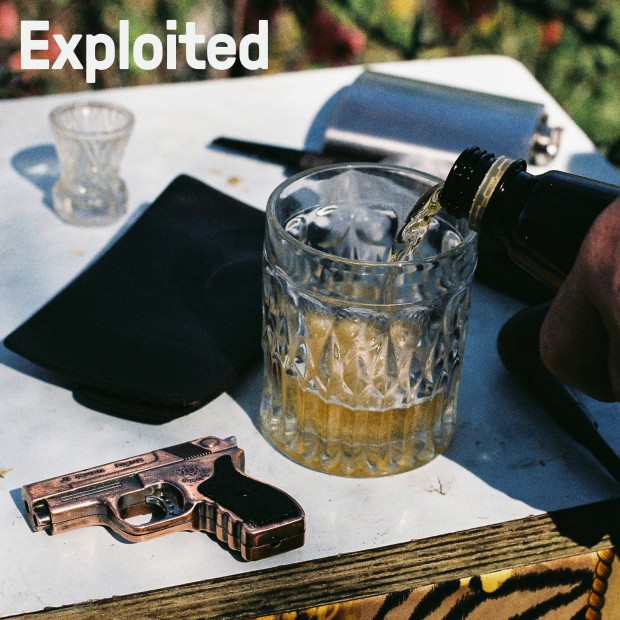 DMC Review:
” ‘Guilty’ captures you in time and space as you survey its richly woven fabric in the sunlight, moved by the blend of beautiful colours and textures that thrill to the touch. It’s an master stroke with arpeggiated exotic keys, synth washes, definite chords and Kraftwerk-esque Tour de France cycle chain ripples just for fun. ‘Like Feathers’ is a delicate techno synth opus with crystal bell tones, percolating riffs, layered white and pink noise and suspiciously sexual squelches. Its infused with a smoky male vocal and intense, intimmate lyrics which turns it gently on its own crystal carousel. Beauty and synth deep.”

GUILTY premiered by BIGSHOT MAGAZINE:
‘Greed brings his vast talent to Shir Khan’s Exploited Records for the first time on “Guilty,” an utterly sublime two-tracker. We’re thrilled to world premiere the techy title track brandishing an emotive groove that subtly coaxes you into a state of somber euphoria.
“I made this track — or rather the sketch for this track — on a long train ride which took me almost through all of Germany on a south to north route from one gig to another,” he tells us. ”The time flew by — even though it was an almost seven-hour trip. I was just nodding my head and got caught in one of those special moments that I even forgot to pay for my coffee in the train restaurant. That’s why it’s called ‘Guilty.’”

Excited to have Douglas Greed – from the Freude Am Tanzen Crew (next to Mathias Kaden, Robag Wruhme, Krause Duo) – with a guest release on our label.
In the past he has released tons of singles and remixes and 2 albums (1 on Freude Am Tanzen in 2011 and 1 on Bpitch in 2014).
Douglas Greed is known for his melancholic, organic, emo techno tracks. Surrounded by hills and forests, crossed by a river, far from the extravagances of Berlin and mostly inhabited by students, Jena is the artistic home of Douglas Greed’s music.
His versatile DJ skills cover every mood in a heavy weekend of partying. His musical output covers a broad stylistic range while retaining its own clear fingerprint and often bypassing the conventions of purely functional club music.
Douglas Greed has also been spreading more bass-heavy vibes for many years in his live set-up with Fabian Kuss on vocals (who is also featured on ’Like Feathers’) and Michael Nagler on drums.
Douglas Greed – ‘Guilty’ will be out February 15th on Exploited. 2016 will also see a new track from him on a compilation by Recondite.