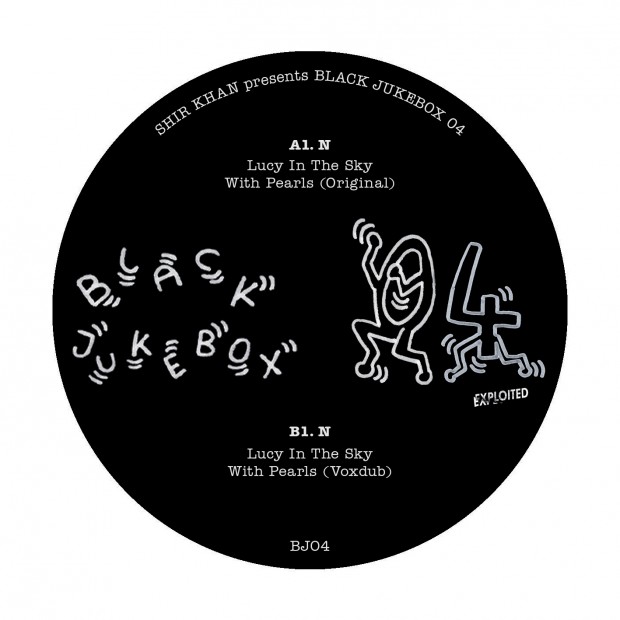 Shir Khan and the illusive Exploited crew reveal the fourth installment of the cultishly adored Black Jukebox series. This particular offering contains just one track – complete with a dub version. “Lucy In The Sky With Pearls” is an electronic vocal house workout by the production talents of N (Noir). It’s so catchy that – ‘you can almost imagine Calvin Harris mainrooming this at the O2 Arena’ – but upon further inspection we rated its credentials much more underground. Just listen to those twangy, rubberized synthlines – oh Crosstown Rebels and Hot Creations will be jealous! The main hook is the earworm of all earworms – you’ll be singing it all day and night after just one listen. It’s feel-good, sun-blushed but druggy, late night and totally electric all at the same time. Just one of those ‘anthems’ that’ll never get on the radio or on in the press, but will be in 300 or so record boxes across the world, ready to cause secret devastation when called upon. Essential.

Get the Vinyl at JUNO, PHONICA, PICADILLY or DECKS…

Black Jukebox 04Lucy In The Sky With PearlsNNoirShir Khan
share: