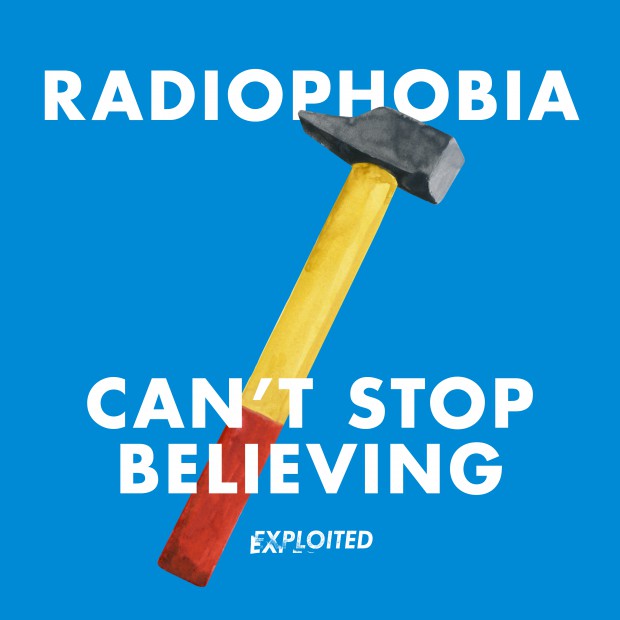 “Defined by their unique, experimental sound rather than an excessive fear of radiation, the affliction for which they are named, Radiophobia is the latest act to join Berlin imprint Exploited Records. Inspired by a variety of genres, from minimalist techno to retro acoustic, the group will today unveil their debut release, Can’t Stop Believing.” (THUMP)

Radiophobia is psychedelic, meditative dance music that inspires strong feelings of dark melancholia or transcendental euphoria. Radiophobia swirl around from minimalistic techno to full on 70s indie vocals. Musical inspiration comes from a wide variety of genres and artists, from classic to contemporary sounds, from pop to experimental and from genius to downright silly.
Radiophobia adopt the definition of “Fusion” and “Synthesis”. ’Can’t Stop Believing’ – Radiophobia’s debut and first record ever – blasts into an unpredictable huge vocal moment.
Radiophobia about ’Can’t Stop Believing’: “If you skipped through like a Vinyl you would think it was more of an album and not a single.“ It’s all about the extended epic version.