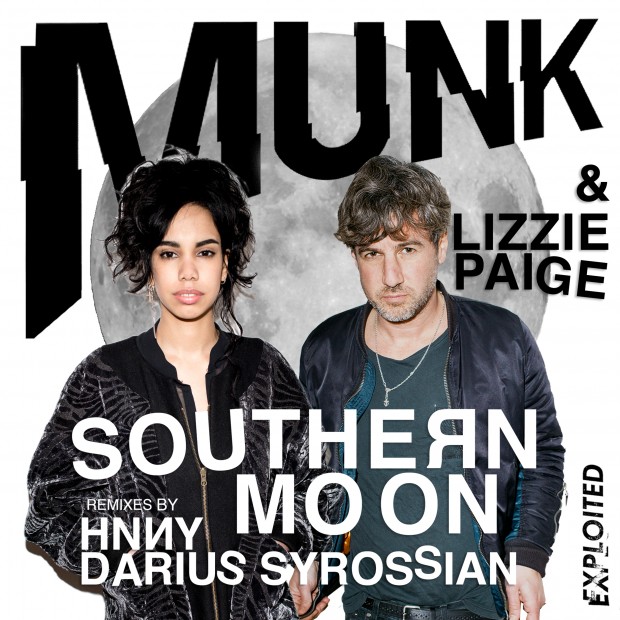 Exploited label boss Shir Khan has always been an admirer of Mathias Modica aka Munk who is the creative mind behind Gomma & Toy Tonics records. Furthermore Mathias’ work and label inspired Shir Khan to start his own label. As they’ve known each other for 9 years it was kind of natural to exchange ideas and release a single from Munk.

Southern Moon is the first pre single of the upcoming Munk album. With its crisp house beat, funk baseline and beautiful singing of Lizzie Paige this track is a shiny little summersong that makes you think of the great production of Trevor Horn or Masters at Work with a new edge.

All instruments where played by Modica, recorded at Munk’s Berlin studio but mixed in Los Angeles by Rob Rox (Ellie Goulding, Banks) – which gives the song this special crisp sound.
Southern Moon is the next step in the evolution of Mathias Modica’s Munk sound. By practically starting the Indie Disco wave around 2003 with „Kick out the chairs“, his collaboration with James Murphy, he later produced well known club hits such as „La Musica” and „Down in L.A.”. During all of this he kept releasing also some more weird, different and new pop music: for example productions with Asia Argento, Nick McCarthy from Franz Ferdinand, Who Made Who, Mercury, Dimitri from Paris, Daniel Avery and other artists that he released on his label Gomma – which made him one of Germany’s main players in the new music scene of the last 10 years. Probably that’s why London’s NME recently defined the Gomma label as „The German version of DFA“.
Southern Moon is the first single of Munk’s upcoming new album (Sept 2014) and comes with remixes by HNNY (Local Talk) and Darius Syrossian (Hot Creations).
In 2013 Mathias already had three singles that had quite a buzz: Surf Smurf – the collaboration with Rebolledo (Pachanga Boys), The Yes!Yes! EP on Endless Flight from Japan and The Beat – which went up high in the Beatport Charts and has been played by everybody from Todd Terje to Eats Everything and Disclosure.