OUT TODAY ON BEATPORT: MICKEY – YOU KNOW THE BEAT 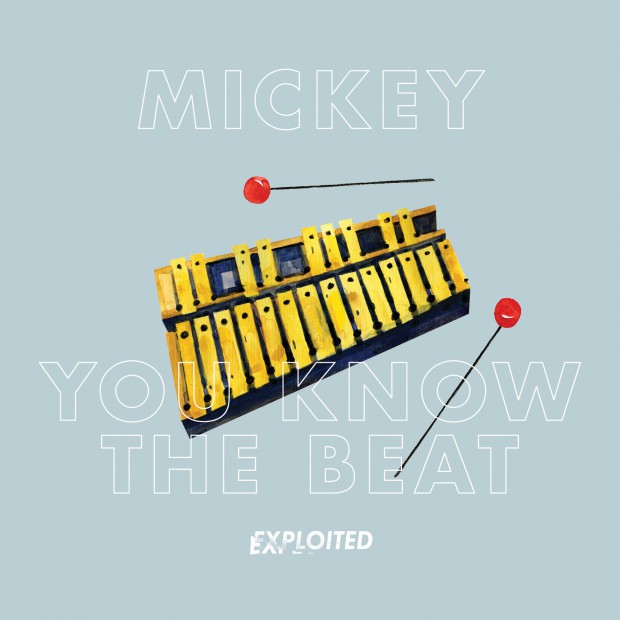 ‘Belgian producer Mickey makes music that’s just like his country’s chocolate: sweet, smooth and oh-so-enticing. Last year’s Exploited releases ‘LA Anyway’ and ‘Holding Hands’, especially the latter, are exactly that, not forgetting the stunning ‘Sweet Baby’ and remixes of Sébastien Tellier and Claptone.
Another Exploited release, ‘You Know The Beat’, is coming this month and it’s a lively, juicy fruit slab of bumpin’ house. This guy’s roll ain’t ending any time soon by the sound of things.’ (Mixmag)

‘This irresistable piece of funked up house music comes from one of our favourite artists, Mickey. Always delivering freshness, Exploited team up with him again for another unbeatable release. We love this track and will be playing it all year, ideal for brightening up a dreary winter’s day!’ WORD UP.’ (Deephouse London)

‘The general trend in house music as of late has been a bit on the dark side but it doesn’t mean that the best music has been in that territory. Top pick of the week is by the Belgian producer simply known as Mickey who is back on Exploited with this disco-funk jam called “You Know The Beat”.’ (Magnetic Magazine)

Mickey starts the New Year with another great anthem. ‘You Know The Beat’ is a mixup of 90ies French House, combined with a classic old school American House Vibe and Groove. Think Cassius meets Todd Terry.

We saw Mickey, as a newcomer, growing on the label Exploited. His releases ‘Sweet Baby’, ‘Holding Hands’ and ‘Walk Away’ are topping our label’s bestsellers of the year 2014. His track ‘Sweet Baby’ was among the Top 10 best selling tracks at Beatport in the genre Deephouse. Next to his Belgian residency at the infamous ‘Libertine Supersport’ nights, he travels all over the world to rock the crowd with his energetic DJ sets.

He just finished a remix for Australian ‘Modular Label‘ stars ‘Bag Raiders’ and is currently in London working on his next single.