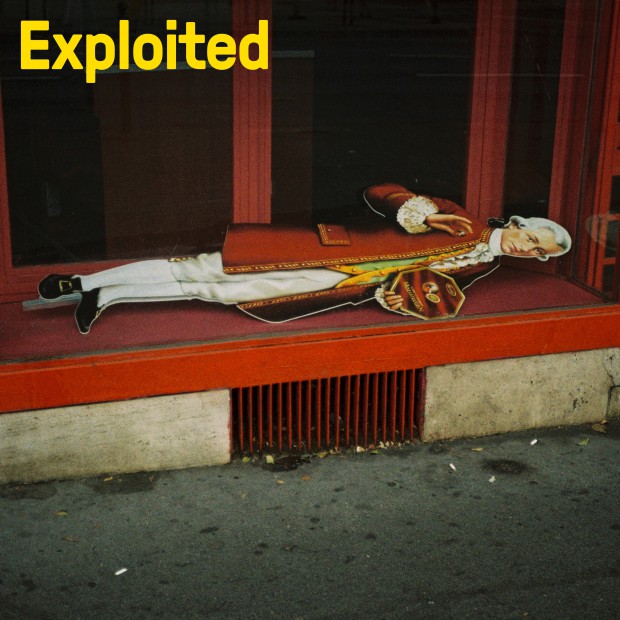 “Vienna-based producer Joyce Muniz is returning to Exploited for her latest single, ‘Footworks’, a follow-up to last year’s ‘You Always Get Me High’.
Muniz has put out a string of releases on the Berlin label over the past few years as well as records for 20:20 Vision and Warung Recordings.
‘Footworks’ is true to its title, primed to get the dancefloor moving with its generous bassline and shuttering vocal samples.” (DJMAG)

“The rhythm section is taut and snappy but there’s still a woozy air to the track, most apparent in the melody, that plunges you into the kind of late-night/early-morning haze that makes your head swim and your feet move.” (COMPLEX)

“My first in it footwork as in fancy and free. My second is in people are dancing to me. My third is in bassline so rontund and rolling. My fourth is in bounce to the ‘house’ vibe evolving. Like the MC says ‘Big up dem Goliath all the massive and crew, international, outernational and back again. More bass in the place. Run Dance dj-ay-ay-ay’. And on the flip side ‘Your Lies Told Me The Truth’ drops a bass so heavy it could double up as a neutron bomb. Add a spoken vocal and some distorted synth pads to turn the knife through your emotions and you have this hugely desirable slab of jacked and funked up disco sleaze. Another home run for Joyce Muniz and the consistently crowd pleasing Exploited Records.” (DMC)

Joyce Muniz makes a welcomed appearance on her home label Exploited with ‘Footworks’.
Joyce Muniz has a knack for making percussive music that resonates in the weird crevasses of the human mind, and her latest offering is no exception. Imagine a smoke and lazer-filled drum circle where everyone’s chugging cough syrup and you’re beginning to get the idea.
‘Footworks’ and ‘Your Lies Told Me The Truth’ are bassline driven hyper-jacked groovers – ready to hit the floor.
In a mere 4 and a bit years from her entry into the house scene, Berlin’s and London’s top labels Exploited & 2020 Vision would come knocking. The union would bring about Joyce’s first knock-out tune “Party Over Here”, to critical acclaim from both the industry & fans alike. A string of standout releases followed, with “Back In The Days” feat Bam from the legendary Jungle Brothers; showcasing Joyce’s natural ability to pair the right vocalists with the right tracks, and insta-classic, groove-filled “Warriors” (with Kiki) on Exploited and “Sleepless” on Warung Records. Remixes for the likes of Stereo MCs, Maya Jane Coles, Steve Bug, Munk, Shonky, Till Von Sein, on esteemed labels such as K7!, Pokerflat, Get Physical, Suol and Gomma, have served to further cement Joyce’s standing in the scene.