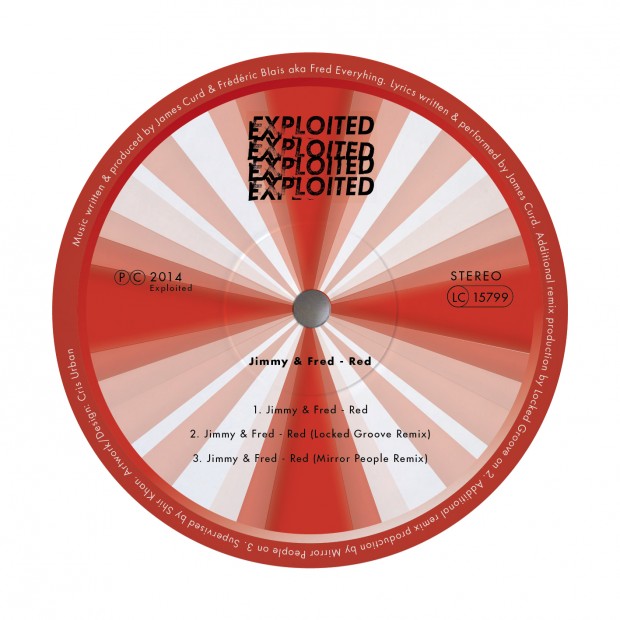 Jimmy & Fred are back on Exploited offering the indie-sounding, oldschool disco infused sound. This rather mysterious duo might not immediately ring a bell but we’re pretty sure James Curd and Fred Everything do.

James Curd started DJing at the age of 15. As he was underaged and legally not allowed to be in clubs he had to snuck in to play. His passion and persistence payed of though. He has played -and still does- alongside very respected acts and DJs. Furthermore he released on labels such as DFA, Permanent Vacation and Eskimo to name a few. He also released on Derric Carter’s Classic Records as „Greenkeepers” creating his own Greenkeepers-Swing, a mix of swing music and Chicago house. Around the same period he started his „Greenkeepers Music” record label.

Fred Everything who started playing live in the early 90s at raves and clubs in Canada is a well known entertainer in the house scene as his sets were a true mix-and-match of everything from house to techno and more ambient music. He has been in the business for over 13 years, worked on more than 100 music productions and he has no intention to stop. Luckily.

It’s indisputable that these two passioned and talented musicians combined can only bring supernatural sounds.

To make it even more exceptional Locked Groove and Mirror People are on remix duties.

Locked Groove, known from Scuba’s Hotflush imprint and on the brink of releasing on Permanent Vacation, gave the track a somewhat hypnotizing makeover without losing his talent to produce powerful yet subtile music.

Mirror People got on a more disco-funky road for this one. Being influenced by the almighty Giorgio Moroder it clearly suits the original.

Yes, these four producers together equal a solid ep. Hope you like it too.