OUT TODAY ON BEATPORT: JAMES CURD – JACK BE NIMBLE 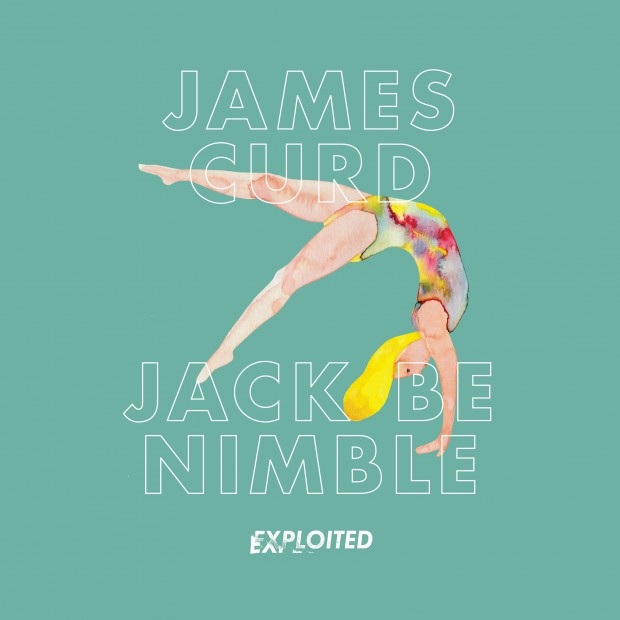 In the last 2 and a half years James Curd has become a regular contributor to the label Exploited. He has released outstanding original material as well as collaborations with Morgan Phalen (their project is called Favored Nations and Morgan also wrote and sang on two singles for the Justice album ‘Audio, Video, Disco’), Luke Million (from The Swiss), JDub (from Chicago) and Fred Everything (their project is called Jimmy & Fred which already had a massive dance chart topper with Diynamic act Karmon on the remix for “I See Lights” and one from Locked Groove of Life&Death, Hotflush, and Permanent Vacation fame). Now he is back on Exploited with 5 (thats already a mini-album) new tracks featuring incredible talent such as the sax player Jonty Hall or rapper Jdub. James Curd in his own words about the 5 songs:

1. James Curd – Forever My Friend
“After spending a couple months scoring a feature film I wanted to blow off some steam and make something I would like to play in a club. I love throwing curve balls into songs and try to imagine what a crowded club will do when a 16 bar rhodes solo comes out of nowhere. It’s my version of a build up and drop with out the soft synths.”

2. James Curd – Jack Be Nimble
“I made this song during a late night studio session right after a night out. It’s a homage to my hometown classic Chicago house tracks of JACK. It’s an inebriated lyrical session that captures how much fun I was having in the studio that night.”

3. James Curd – Tornado In The Basement feat. JDub
“This was written in my old Chicago basement studio with JDub. All the kids in my neighbourhood were around the same age and growing up together. They all graduated from riding bikes and playing in the fire hydrant to an all out EGG war. Every house on my street was getting hit with eggs! Tornado In The Basement is a product of trying to record vocals inbetween the loud bangs of eggs hitting the front windows of my building.”

4. James Curd – Everybody Knows feat. Jonty Hall
“This song is a culmanation of a few ideas that where not working as individual songs but came together great as a mosaic piece of music. I chopped up all my favorite parts from a few songs and combined them to create “Everybody Knows”. A great horn player from Australias capital city Canberra was in town visiting and he dropped by and did a few takes for me to finish off the song.”

5. James Curd – Caught Again feat. JDub
“This is inspired by old French funk songs from the 70’s. I wanted a mix of funk with light and dark elements. The bass is funk, the guitar and synths are light and JDub’s vocals are dark and a bit intimidating.”