OUT TODAY ON BEATPORT: DINO LENNY – WAITING FOR THE DAYLIGHT 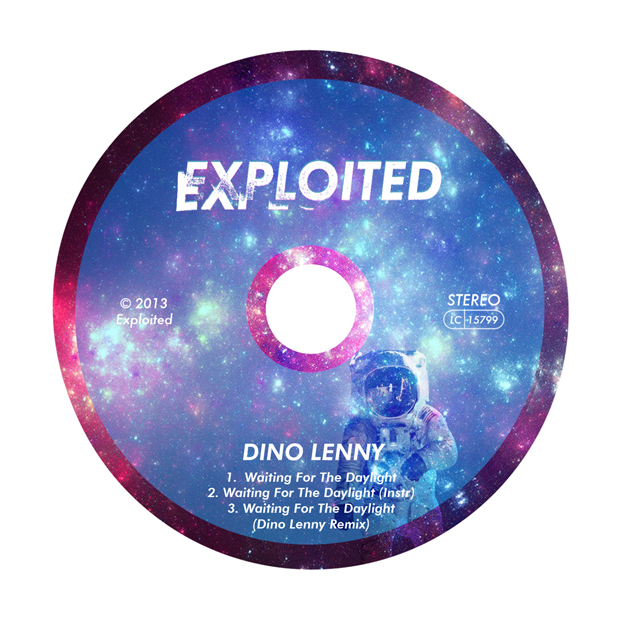 “Waiting For The Daylight” is a song about a conversation between an Astronaut and his wife.
The spaceman has been stuck out there for years and is reaching a breaking point.
He is a kind man on a mission but shows his fragility when he asks about his kids.
Not knowing what time it is and not being able to listen to his music while even more frighten aliens cross his spaceship is testing very hard on his control.
He spins between satellites but his hope for the daylight to appear is his only lifeline.

Dino Lenny about this track:
“I wrote this track badly playing my 100 year old Piano (recorded with my iphone)
I was in my living room but like it often happens I felt I was out there in Space. Wondering about and feeling deep immerse in a mission that I didn’t really care about..
I sometimes ask myself what is the point? But then as usual at the lowest step.. the light appears and I feel like a child in a sweet shop!”

About Dino Lenny:
Dino Lenny starts very young as a radio deejay in a small town of the South of Italy, Cassino. After a few years of experience, in the early mid nineties, he is crowned “master of ceremonies” of the Maltese nights, gathering more than 2000 people on the famous Axis’ dancefloor. He grows up within an interesting group of lads such as Savino Martinez and Claudio Coccoluto, and in 1996 he decides to seek fortune in the United Kingdom, his native country. In London his career gets a boost thanks to a long series of important remixes: Inxs, Underworld, Missy Elliot, Timbaland etc and the collaborations with The Housemartins, Scissors Sisters & Madonna just to mention a few names. His productions are just as interesting as the remixes and Dino Lenny earns for three times in a row the label of ” Essential New Tune” on Radio One (BBC) by Pete Tong.
Considered “The Wizard of the Electronic music” by the Chemical Brothers, Dino Lenny explores the full range of his potentialities and starts singing. With a simplifying abbreviation of his name, Dino records the single “Call me” which becomes a terrifically popular track all over Europe. The British press defines his vocal talent as a halfway between the Talking Heads and Ian Dury. Dino shows up a perfect Serpico style and sings in front of his raving fans at Tops of the Pops.
The successful single gives just a hint of what will happen with the release of the album “Might”.
Whilst busy with more important collaborations, Dino is invited by Hardage to take part to his project which includes Jocelyn Brown and Maxi Priest , Level 42 and Peter Gabriel, amongst the others.
He produces with Steve Lawler under the name Sladly the well received “Unicorn” and writes the soundtrack for one episode of CSI Miami in the middle of the preparation of the next “solo” album.
A few months later Dino Lenny flies to Montreal to open the UNICEF concert – which gathers more than 7,000 people.
Dino warms up the audience for Avril Lavigne and at the end of 2011 he performs live with Skin & Underworld at The Brixton Academy
Lenny has also written the soundtrack for one episodes of CSI Miami and also for Irvine Welsh’s film “Ecstasy”
After David Byrne’s approval “I Wanna be Like Talking Heads/ A Dj Deep Inside” gets released on Strictly Rhythm.
The story continues on his favourite label of the moment.. while he’s still “Waiting For The Daylight” to come out on Exploited!