OUT TODAY ON BEATPORT: COMPUPHONIC – MY LOVE 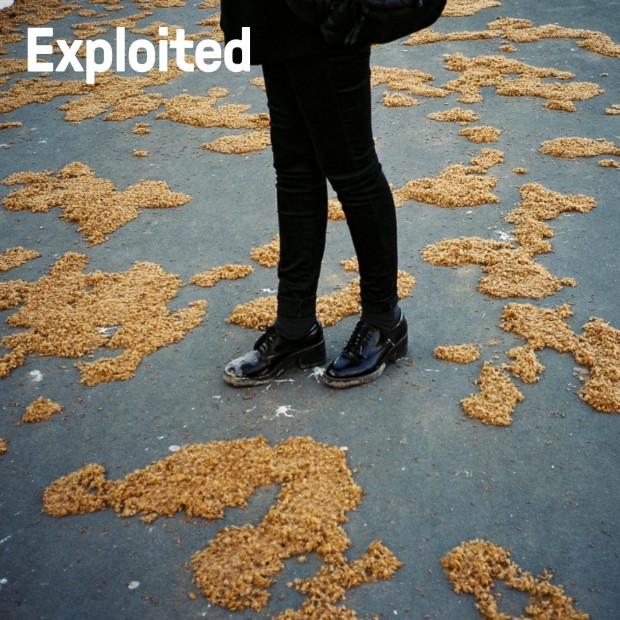 World Premiered by Nemone on BBC 6 at Electric Ladyland and the Breakfast Show.

DANCING ASTRONAUT Premiere:
‘“My Love” begins with bright strings and jangling percussion while sweet vocal wisps and a gentle kick create a cozy vibe. The track ends up doing more with less, using sparse hand claps and a gentle whoosh of cymbals over soft pads to cinematically unravel a sentimental feeling. Autumn or not, Compuphonic’s midas touch for Exploited continues, as “My Love” will undoubtedly find its way into countless playlists across the seasons.’

Nemone: “So I did play you the beautiful, hypnotic, melancholic new work from belgium DJ and producer Compuphonic. His ‘My Love’ EP comes out on Exploited in November and I just played you the gorgeous DOLCE but the whole record is amazing basically so listen.”

Compuphonic is back on Exploited.
When we heard the first skits of his new demos we immediately fell in love.
Compuphonic about MY LOVE: ’This track reminds me of a beautiful day in autumn when leaves start falling from trees and the landscape is filled with different colours. It’s a homage to all these great melodic house records I rediscovered when going through my record collection.’

Lately Compuphonic launched his fantastic mixtape series ’Compuphonic Tales’ – a touching mix of all things melodic. (Listen to his current mix here: https://soundcloud.com/compuphonic-1/compuphonic-tales-10)
He also had festival appearances at Pukkelpop and Tomorrowland among others.
His last Exploited releases – such as ’Radio Atlantis’ and ‘The Sun Does Rise’ (nearly 1 million plays on Majestic Casual) – have picked up great support by radio stations and bloggers worldwide.
We are happy Compuphonic took his time off to deliver this new masterpiece. More to follow.

Some background info on Compuphonic:

Born in 1983 in Liège, Belgium, Maxime Firket grew up surrounded by music. He studied music theory and classical music at the Academy and did not choose the easy route by opting to study the cello. “A demanding and monodic instrument which forces you to find the right sound and the right note to make yourself heard. My cello background is still useful to me today.” As an adolescent, he dreamt of playing in a rock group, but also discovered Kraftwerk, Depeche Mode, Front 242 and Detroit techno. After having created his own studio and put together a few mixes on a Roland Compuphonic synthesiser (yes, that’s where the name comes from…), Maxime soon found himself behind the decks at Dirty Dancing nights in Brussels and recorded his first tracks for Dirty Dancing Recordings. In 2006, his reputation exploded on the dance floor with the groovy “Emotion”, produced in collaboration with Tiga and released on his label ‘Turbo’.

With releases on labels such as Get Physical, Tiga’s Turbo, 20:20 Vision, Systematic and Exploited, Compuphonic has long been regarded by those in the know as one of Europe’s top producers and DJs. He has played shows at Pukkelpop, Dour Festival, Eurosonic, SXSW, Sonar Festival, Monegros, & many more.
Compuphonic’s dedication and elaborateness delivers spontaneous productions of hedonistic house. Natural, open to large spaces, ambitious but always accessible. Handling music as the art form it is. Alternating complicated with simple pieces, electronic with organic, light with dark, ease with emotional, celebration with pondering. Telling a different, but in its way even more exciting new tale, time and time again.