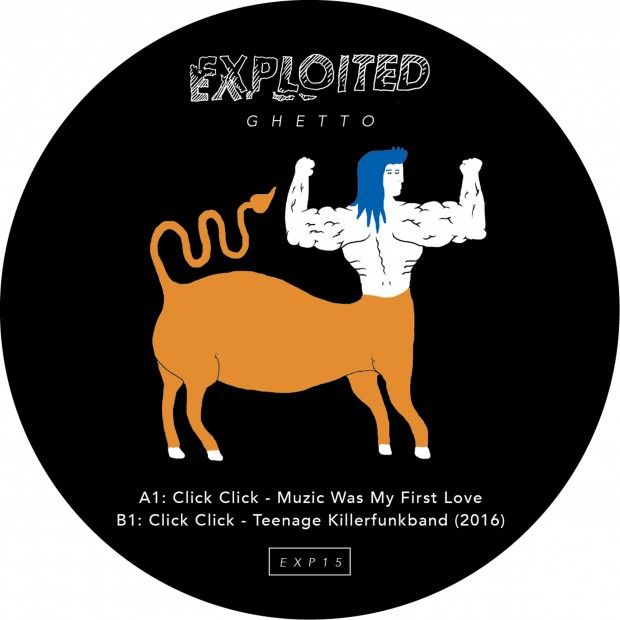 Click Click is back on Exploited Ghetto.
Shir Khan has been a big fan of his minimalistic disco funk track ‘Teenage Killerfunkband’ which he released back in 2010. A track which did disco damage in the sets of Magda, Troy Pierce, MANIK, Afri Lounge and many other great DJs. Magda @ Timewarp 2010: https://youtu.be/fKup1rGGSEI
The name of the track was influenced by a review which Bleed wrote about Click Click in De:bug Magazine calling Click Click a Killerfunkband. Another influence were the band ’Fehlfarben’ with the no wave funk classic ‘Ein Jahr (Es geht voran)’ which gave him the idea for the rolling disco toms in the track. We both thought it would be great to give the single an update for 2016.
As a bonus we included a jacking groover: ’Muzic Was My First Love’.
All solid stuff for the dancefloor.