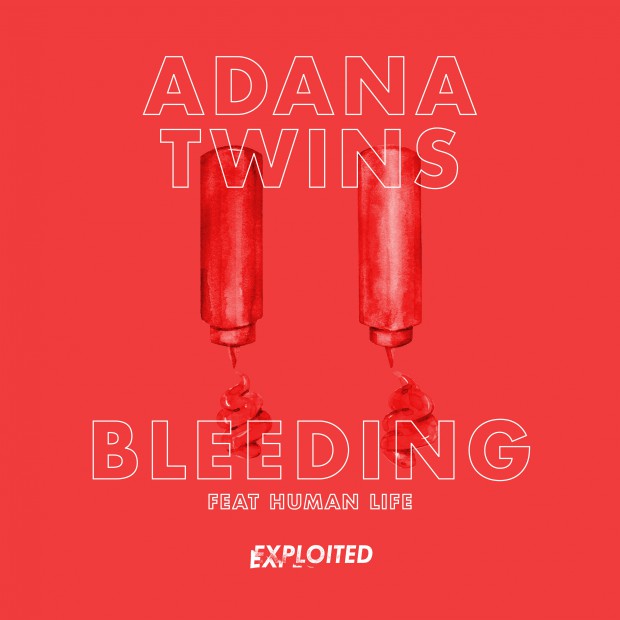 ‘Friso and Take It Easy have gained international acclaim as the Adana Twins with club hits like “Strange” and “Everyday” and through quality productions such as these the two have cultivated a style that is fun, refined and distinctly their own. The pair’s latest offering, “Bleeding (feat. Human Life)”, is no different. Sleek beats and clever vocal snippets from LA-based act Human Life are supplemented by an intricate synth line and a driving beat builds intensely towards the middle of the song before gradually easing up towards its finale. The structure style is unexpected, making this track a heavy hitter for a packed, sweaty dance floor.’ (Thump)

About The/Das:
The/Das introduced their unique brand of ‘techno tenderness’ in 2013 with a set of EPs on italians finest ›Life And Death‹, followed by an Ep and a LP on Berlin sweetest ›Sinnbus‹. They came back with a trippy remix for Hundreds on Krakatau Records.
Shir Khan met Fabian from The/Das a few times in Berlin nightlife. Their shared vision for music & life led to this remix on Exploited.

About Mark E:
Mark’s first forays into production were, naturally, edits—warm, understated, and interestingly mellow, with tempos hovering somewhere between 105 and 115 BPM. Slowly, Mark went beyond edits and into original production, starting his own label, MERC, and honing a sound that was uniquely blue collar and utilitarian—classic, almost industrial house, with a tinge of disco warmth. A stellar remix for Matthew Dear’s “Little People (Black City)” introduced him to the Ghostly/Spectral fold, who released his first artist album, Stone Breaker. Shir Khan has followed Mark E since his first edits, saw him DJing one time in Berlin and just felt the time was right to ask for a remix.