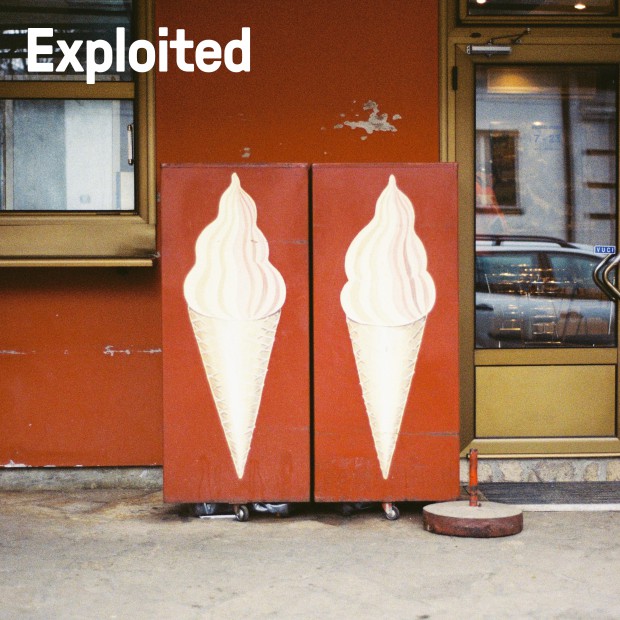 That’s the definition of James Curd.

With releases on labels like DFA, Repopulate Mars, Trax, Permanent Vacation, Greenskeepers & Exploited among others – James keeps his output high.

He has been collaborating with Filip from Daytime Discoact Poolside from LA as well as Chicago Legend DJ Deeon while scoring and supervising movie soundtracks. His music has been remixed by The Black Madonna, Lee Foss and Felix Da Housecat in the past.

James Curd’s new record comes with a remix from Red Rack’em whose tune ‘Wonky Bassline Disco Banger’ was Juno’s biggest selling house record and was played out by a long list of leading DJs as it has been decimating dancefloors all over the world since its release last year.

If you like your grooves funk-fuelled and analog, then look no further than James Curd’s rather glorious triple track EP.

James Curd about his new record:

“One night while I was working in my new studio I got a little home sick because a fest that takes place down the street from my building was going on back home in Chicago. Derrick was playing and I grabbed some of the audio from the end of his set of him talking to the crowd and dropped it into ‘I Get Up”. “Disco Fool” was one of the only songs I made in a studio I built with an SSL desk before realizing a studio under a club was a terrible idea.”

Dave Aju: Nice EP all around.

Crazy P: This is wicked. Lots of plays down the disco-teque from me. Nice one.

Snacks: Some great funky lines in this. Great package!

Mixmag: With an impressive back catalogue on Classic, DFA, Permanent Vacation, and his Greenskeepers project, James Curd could not be accused of being lazy. ‘I Get Up (TO DC)’ has a vintage analogue synth, elastic bass, liquid modulating acid, electronic styling’s and sliced vocals. As good as the original is this has been handed to Red Rack’Em to remix and he doesn’t have to stray too far from the original. ‘Disco Fool’ has a walking bass line and an undeniable disco feel with key bursts, smooth pad, freestyle organ, plus chat from Derrick Carter talking to the crowd that Curd sneaked in!

DMC UK: Bringing the funk to 2017, thankyou James for waking the dancefloor groove.

Carrotgreen/Music For Dreams: Love the remix.

Roberto Rodriguez: Really cool one. Red Rack’ems Remix topping it for me.

Private Agenda/International Feel: Fantastic record – into all three cuts here. Will definitely play out Disco Fool in our next set. Really nice Red Rack’em remix to top things off too.

Marco Resmann: Disco Fool and Red Rack’em Remix for me. Thanks!

Kartell: I Get Up is dope !

DJ Steef: Many thanks, this promo is very good!!! The 3 tracks are great.I m gonna play it for sure.

Kiko Navarro: Disco Fool is the one for me, all tracks are really good!

Felkon: Liking the Red Rack’em Rework and kinda enjoy being a disco fool, as well 🙂